The best time to visit Hawaii?

With four main islands to choose from and guaranteed sun, there's really never a bad time to visit Hawaii. However, with it's exotic blend of American, Polynesian and Japanese culture, Hawaii upholds a number of traditions that are reflected in a colourful calendar of events. Here's my rundown of what's happening where and when throughout the year in this tropical paradise.

For that much needed winter-sun, Hawaii is an ideal destination for this time of year as it's position near the equator means the islands offer year-round sunshine. Although rainfall can be slightly higher in the winter months, the rain showers are short and infrequent so are extremely unlikely to disturb that treasured beach time. it's worth knowing though that the swell and height of the waves makes Hawaii's winter (November to March) perfect for surfers but not really suitable for swimmers and children, so it's best to stick to the pool during these months.

Cherry Blossom Festival - With the abundance of Sushi and Udon dishes, it doesn't take long to discover the Japanese influence in Hawaii. So it comes as no surprise that Hawaii adopts a number of Japanese traditions - including the Cherry Blossom Festival. The festival, which originates in Kyoto, involves the demonstration of music, dance and arts from Japan.

Ka Molokai'i Makahiki Festival - Molokai'i is one of Hawaii's lesser known islands but with less visitiors the island has an aura of authenticism. The week long celebration on the island features Hawaiian fishing contests, games, sports, music and dancing!

Chinese New Year Celebration - Another one for Oahu, the celebration of the Lunar New Year features a lion dance, food trucks, paegants and a bazaar.

Maui Whale Festival - The marine life in Hawaii is one of the state's biggest attractions so it seems only natural to hold a celebration for these sizable but beautiful creatures.

Waimea Town Celebration Week - The small town on the Garden Isle hosts a huge crowd of ten thousand for a five week long stretch of festivities.

Hawaii Invitational International Music Festival - A competition between high school, junior high and college bands, the festival features free concerts and a "Salute to the Youth" parade on Kalakua Avenue in Waikiki beach.

Hononolulu Festival - The State Capitol comemorates the mesh of ethnicities within Hawaii and the Pacific Rim. Educational activities provide an insight into the diversity of the state and traditional dance performances provide an immersion into it.

Kona Brewer's Festival - As a fan of an ale, I have had the joy of tasting Kona's IPA - a delight in the sun. Inkeeping with the name, the festival is held on the Big Island and provides the opportunity for you to taste sixty types of beer from thirty breweries. You can wash down cuisine from twenty-five restauraunts at the King Kamehameha's Kona Beach Hotel. If that wasn't enough, the festival features live music, contests, a "Trash Fashion Show" and fire dancers!

Prince Kuhio Festival - The festival that honors the cherished Prince Kuhio - the first Hawaiian delegate in the US congress and the person responsible for uniting the islands - features canoe races, music, dance and a royal ball on Kauai - the home of Kuhio. 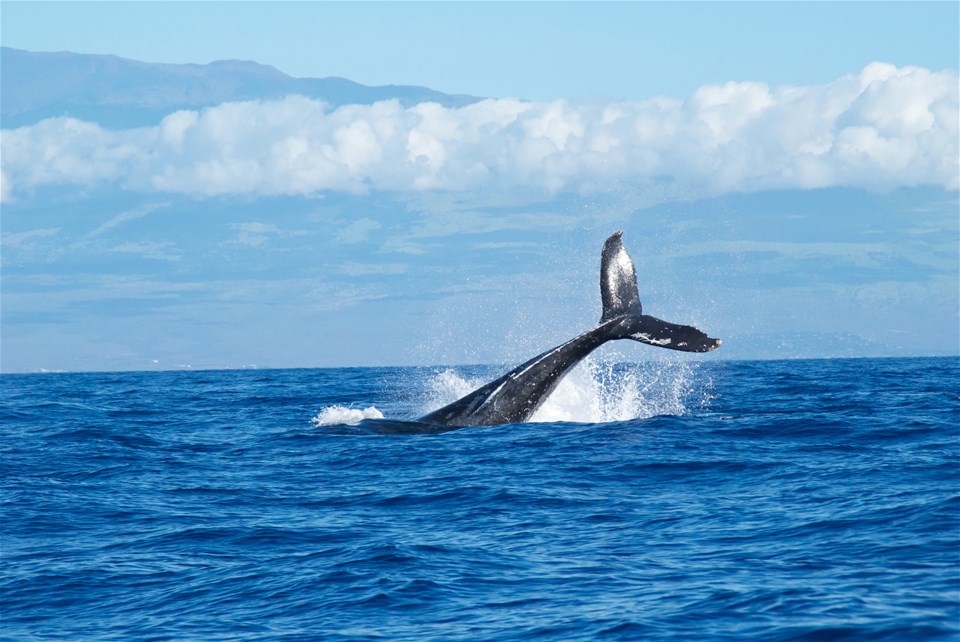 As we move from the Hawaiian winter (Kau) to summer (Ho'olio), the daylight hours become longer and what rainfall there was dimminshes even further. Ocean swells are much lower so this is a perfect time for snorkelling in Molokini or sunbathing in Waikiki. The drier months are also great for hiking such as The Diamond Head Hike, where you can hide in WW2 bunkers and find panoramic views across the island of Oahu.

Merrie Monarch Festival - Beginning with a Ho'loaule'a on Moku Ola on Easter Sunday, the Merrie Monarch features a Miss Aloha (solo), a Kahiko (ancient) and Auana (modern) hula competition at the Edith Kanaka'ole Stadium on the Big Island. The week-long celebration reaches a climax with a grand parade in the town of Hilo.

Lei Day - Perhaps the most famous custom of Hawaii, Lei Day is a play on the words May Day. On this day, Hawaiians show appreciation for this esteemed tradition by adorning the flower necklaces, taking part in lei-making competitions and crowing a lei queen. If you can't make it in May, then take yourselves down to The Royal Hawaiian, where they offer free lei-making classes all year round.

Celebration of the Arts Festival - Don't just witness Hawaiiain tradition, be a part of it. The event - held at the Ritz-Carlton Kapalua Resort on Maui - encourages visitors to interact with the local artisans and culutural practitioners for an authentic experience of the Polynesian community.

Kamehameha Day Celebration - A day that began during the Monarchy era, the celebration comemorates King Kamehameha I, who was idolised for his role in Hawaiian sovereignty.

Kapalua Wine and Food Festival - This four day culinary spectacular celebrates world renowned gastronomy with esteemed guests within the industry. Be prepared for a vast array of cooking demonstrations and wine tastings! 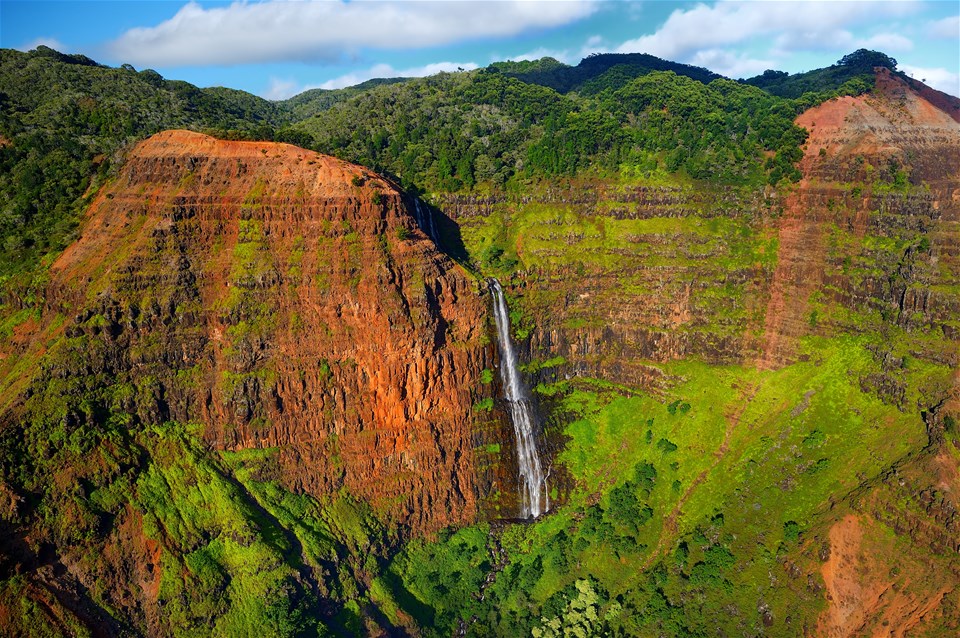 The weather remains stable throughtout Ho'olio with temperatures in the high twenties. However, you can go from sand to snow by driving from Kailua-Kona to the peak of Mauna Lea. Although Independence Day is a thing of patriotism, the costs do rise during early July in accordance with the nation-wide celebration!

Hale'iwa Arts Festival - Away from Waikiki, the North Shore welcomes a celebration of the arts, from storytelling to singing, in the Historic Hae'iwa.

Makawao Rodeo - A chance to celebrate Independence Day with three hundred and fifty cowboys from around the world on the island of Maui. In the day, you can meet rodeo clowns, whilst at night, you can two step to live country music.

Prince Lot Hula Festival - There is always a chance to catch the dance that is native to Hawaii, which I can vouch is mesmerising. The festival is named after the prince who reignited the Hawaiian culture after western objection.

Ukulele Festival - A popular location for Trailfinder's clients, Waikiki beach hosts a festival to celebrate the indigenous instrument. You can relax on the sands of Waikiki, by the Kapiolani Park Bandstand located opposite Honololu Zoo, whilst enjoying the gentle rythms of acoustic music.

Made in Hawaii - Having become associated with the floral hibiscus pattern of a lot of their attire, Hawaii has a number of local independent manufacturers, who take centre stage in August. From pottery to stationary, there is plenty to spend the cents on.

Statehood Day - It's in the name - a state holiday to commemorate the day that Hawaii became a part of the United States of America - cue the 'Star Spangled Banners'.

Aloha Festival - In the showcase of the Hawaiian culture, the Aloha Festival is the main event. From September to October, learn more of the islands history and traditions!

Hawaii Food and Wine Festival - Due to the illustrious abundance of seafood in Hawaii, you can be sure to find yourself a tasty dish. Across three islands, you can enjoy wine tastings, cooking demonstrations and exclusive dining experiences.

Kaua'i Mokihana Festival - Understandably, the Hawaiian culture is cherished by the community. To preserve the culture, the Garden Isle hosts a variety of workshops, including crafts and language workshops. 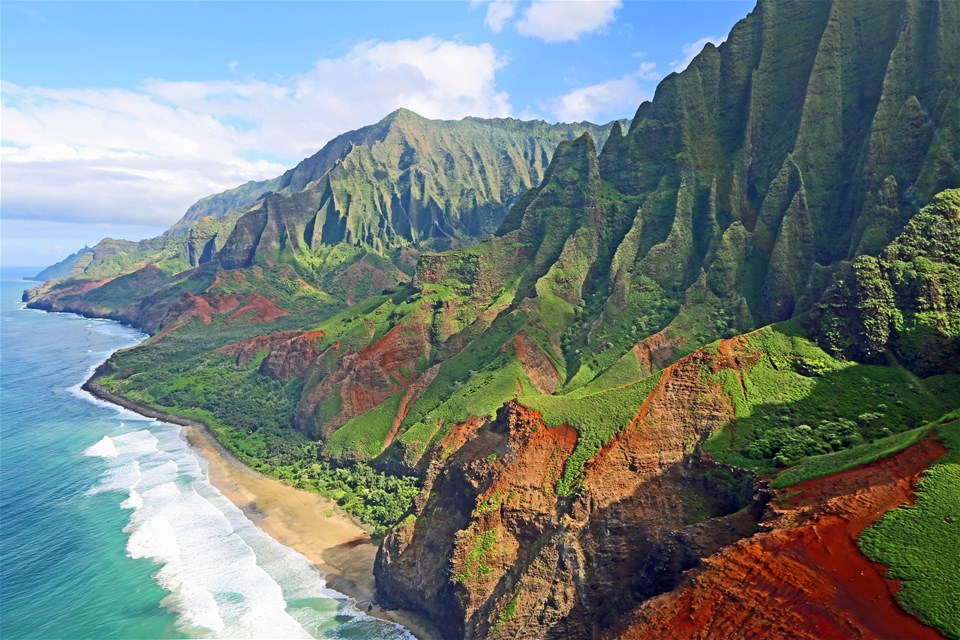 In the transitionary period between Kau and Ho'lio the temperatures begin to drop, but not by much as it remains around the mid-twenties. Ocean temperatures do not vary much, allowing year-round swimming and water sports. With the lack of variation of the temperature, it is possible to see the lush greenery all year around, including the indigenous Plumeara and Hibiscus flowers. Whilst prices remain at their lowest for the year throughout October and November, they do quickly spike for New Year so book early if you want to bring in the New Year from this Polynesian paradise!

Hawaii International Film Festival - As a festival that shows features and documentaries made by Asians and Pacific Islanders, it provides a unique opportunity to watch films from the perspective of the indigenous people.

Halloween in Lahaina - Hailed as the "Mardi Gras of the Specific", thirty thousand party goers descend on to Front Steet in an elaborate aray of costume.

Ironman World Championship - Whether you want to look onto or partake in, the Ironman is not for the fainthearted. The 2.4 mile ocean swim, 112 mile bike race and 26.2 mile run is sure to test the twelve hundred competitors.

Maui Fair - Over the three days, the Maui Fair offers rides, games and entertainment at the Wailuku War Memorial Complex.

Honolulu City Lights - Starting off the festive period is the lighting of a fifty foot Christmas tree - an oxymoronic sight within a tropical destination.

Honolulu Marathon - An early start for onlookers and runners, the starting gun goes off at five in the morning on the corner of Ala Moana and Queen Street.

Pearl Harbor Memorial Parade - End your unmissable experience in the Pearl Harbor Memorial Musuem with a parade to commemorate those lost in the attack by the Japanese. It is a chance to see Cobra and Huey helicopters, shown in the featured exhibitions, parade down Kalakaua Avenue to the Kapiolani Park at the end of Waikiki.

The Nutcracker - An alternative to Tchaikovsky's original, the classic production has been adapted to the setting of Hawaii.

Festival of Lights Christmas Boat Parade - Those who have seen the fireworks at the Waikiki Hilton, will be aware of the Hawaiians love of a light show. Share the love of lights at the marina in Hawaii Kai Towne Center with festively decorated boats cruising the waters.

Santa Comes to the Beach - Even Santa takes a break from his day job, or night job, for his beach break. Unable to travel by sleigh, Santa arrives at the Outrigger Waikiki Beach in a canoe!

Christmas in Polynesia - Grab your unmissable experience in the Polynesian Cultural Center for this special time of year, where the center is adorned in Christmas decorations. The centre offers a festive canoe ride, a magical train ride and a thrilling scavenger hunt - it is one for the whole family.

Holiday Pops Concert - The Honolulu Symphony Orchestra performs at the Hawaii Theater, built in 1922. An array of the classic holiday tunes are featured, with a touch of Hawaiian themes. 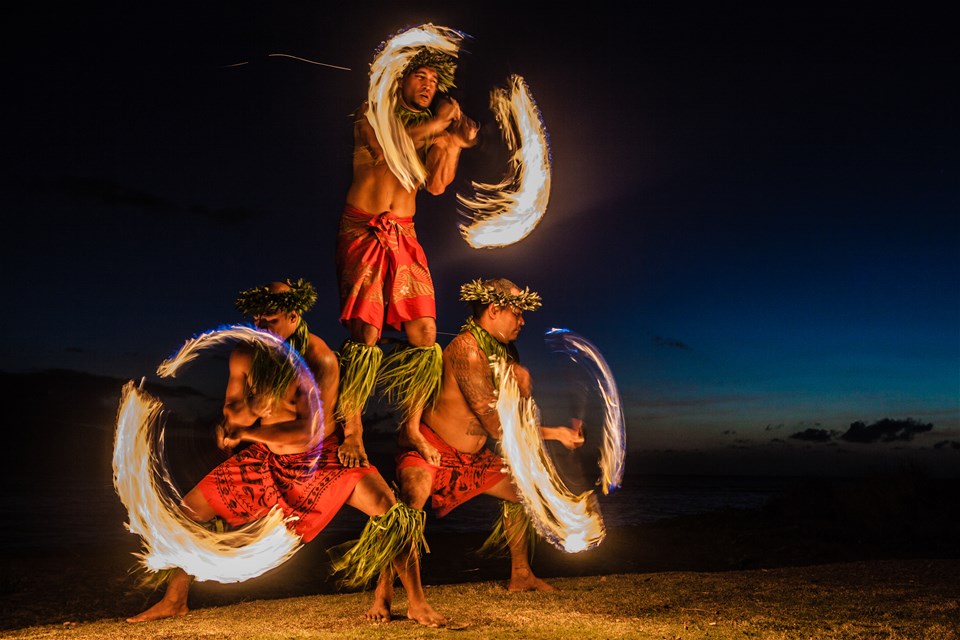 For inspiration on how to include these beautiful beaches in your next trip - take a look at our Hawaii Holidays pages.

Jo is a Travel Consultant in our Kensington Travel Centre

For our full range of holidays, ask for your copy of our brochure or visit our USA holidays pages.

Our full range of brochures and the latest edition of the Trailfinder magazine are out now.

Stay up to date and receive News and Our Latest Offers with our email Newsletter.

Note: If you enter an email address we may, occasionally, send you information regarding Trailfinders. We will NOT pass any of your details to any third party.

It's easy, sign up to our newsletter to hear about our red hot offers and holiday inspiration.

Don't worry, we won't bombard you and Trailfinders will NEVER pass on your details to any third parties.